It’s a system event where the participation of the whole nation is a must. Defend your City and protect the King  from the invading orcs and be rewarded.
The event happens simultaneously in every Nation.

【1】The Orcs will attack the town for a total of 6 waves. The first wave will happen right after the event starts, after that they will launch a new wave for every 5 minutes. Please be reminded that they keep on getting stronger as the wave goes on.

You will experience wave attacks from 3 lanes/direction left,middle and right .

There will be an Ally NPC in each direction to defend your city. 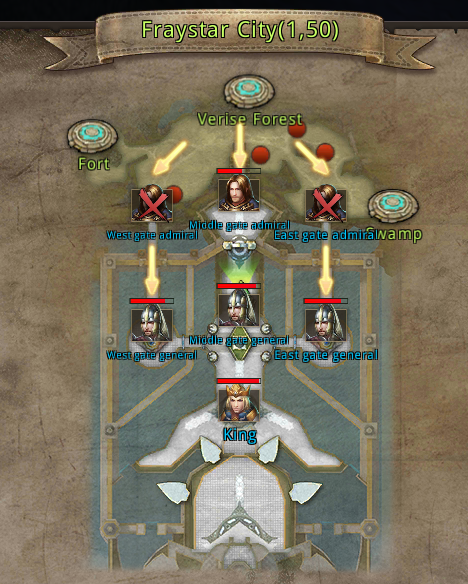 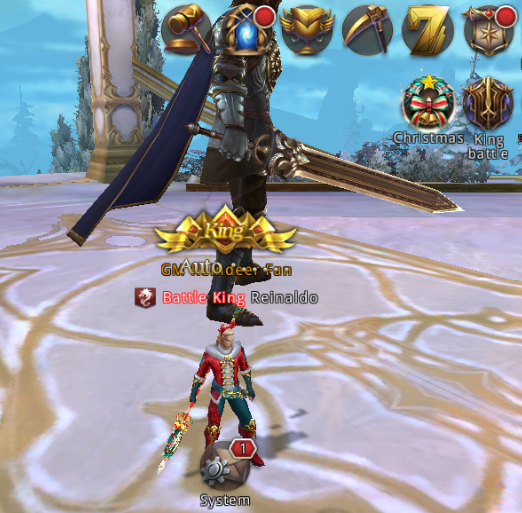 【3】Once they start attacking the town, There will be a group of orcs who will spawn at the location of the 3 Front Admirals every 2 minutes[-].

In the event that the Front Admirals dies, the mobs will spawn in front of the Generals inside the town instead.

Please be reminded that they are very strong so you have to be careful.

In the event that your King dies, the Nation points will be reduced by 1000 points, That means you have failed to defend the town and this will also marks as the end of the event 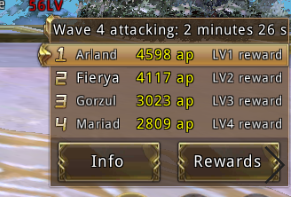 There is an individual ranking on each wave depending on the damage that you cause while killing an enemy. It allows you to receive various rewards.